The Tabaski Holiday Arrives after Mayhem in Mohonera 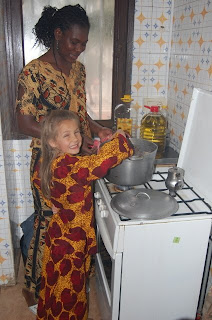 December 8, was the Muslim holiday of Tabaski, in which each family who is financially able kills a lamb. Then the men spend much of the day cutting it up, and the women spend much of the day cooking the meat with onions and potatoes and spices of mustard, pepper, hot pepper, and Maggie cubes, then they eat off and on all day. They also find time to pray. The women cover their heads in respect, place their prayer mat on the floor, face towards , because that is where Mohammed the prophet was born. Then they begin to pray while kneeling and placing their head on the floor and then standing and then repeating the process several times during the prayer. This holiday is to commemorate the time of Abraham’s sacrifice. Our friend Kadi told me the Islamic version of this story one day before Tabaski. (I have written out the story that she related to me below.) 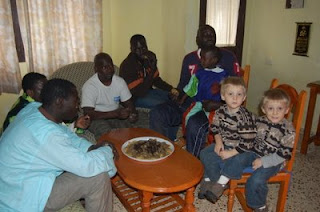 While we were celebrating Tabaski with Kadi and her family, Joel saw on the Spanish news that there had been rioting in La Mojonera. He actually saw the house of our friends who live there and Nguy was talking with the police on the news. The report went on to tell of the riots that had resulted from our friend’s neighbor who is from Mali being robbed and stabbed by a man from Morocco, he later died as a result of the stab wounds. In retaliation many sub-Saharan Africans proceeded to burn cars and trash containers, and break windows of various North African shops on the street next to Demba and Nguy’s house. After Joel saw the news and we had dinner and African tea with Kadi’s family, we left to go to Mojonera to check on our friends there. As we drove into the town of , we noticed riot police and television crews on many corners. At the corner of Demba and Nguy’s house there were two riot police; one carrying a large gun. We talked with the guys and they said that everyone in their house, where about 20 guys from all live, were fine. They said that the tension seemed to be dying down and they thought all of the negative activities would stop. They were cutting up their lamb and preparing to eat the Tabaski dinner as well. We were relieved to find that they were all okay and that things seemed to be calming down.

Please pray for them and their neighbors from , , and . Pray that even through these violent times God might reveal Jesus to them. Pray that during the Christmas season they will have more opportunities to understand about Jesus.

Abraham, Ishmael, and Mohammed – told to me by Kadi

Abraham did not have any children and he really wanted children, so he asked God to give him children and he promised that in return he would sacrifice one of his children to God. God answered his prayer and gave him many children. After much time, Abraham had a dream in which God said to him, “You told me that if I would give you children you would sacrifice one of them to me. I have given you many children and you have not kept your promise.” Abraham decided to keep his promise. He talked with Ishmael’s mother and she said, “If God wants it, I want it.” He talked with his son, Ishmael, and Ishmael said, “If God wants it, I want it.” So Abraham and Ishmael went out to the country and Ishmael told his father to sharpen the knife, he told his father not to give his clothes to his mother after he was dead because she would weep. He told his father not to look at his face because then he would not be able to kill him, then he told his father that if God wanted this, then he must kill him. Abraham was weeping and placed the knife on his son’s neck, then an angel appeared with a ram and said, “Do not kill him,” because God knew that Abraham believed in only Him and had provided a ram for the sacrifice. Mohammed was Ishmael’s son (descendent?). (Mohammed is the prophet of Islam.)

Our Friends, His Future…

Acuzena and Jose are members of our church in Almeria .  They are from Spain .  On our first Sunday in Spain she gave me her phone number and said if I needed any help in finding Megan a school or just needed anything at all, I could call her.  Thus began our friendship.  They have also become involved in the ministry to African immigrants; therefore, I was very sad when they said they might be moving up the coast three hours away.  On a night before their move we had them in our home for a going away dinner.  That is when God reminded me that he had a plan. They were not just moving away; they were taking the ministry with them to share with others.  God can use them to encourage the church in Alicante to begin a ministry to the African immigrants in their area.  Please pray for Jose, Azucena, Rebekah, and Rut, as they move, and that God would continue to encourage them to reach out to the African immigrants around them.  Jeremiah 29:11, “For I know the plans I have for you,’ declares the Lord, ‘plans to prosper you and not to harm you, plans to give you hope and a future.” 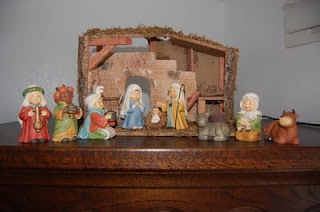 “Mild He lays His glory by,

Born that man no more may die,

Born to raise the sons of earth,

Born to give them second birth,

Veiled in flesh the Godhead see,

Pleased as man with men to dwell,

(Words I remember from Hark the Herald Angles Sing, in English, this rearrangement is from Amy Grant’s rendition on her Christmas Album. I love how she has put parts of the last two verses together that totally focus on Deity coming to be with us.)

This Christmas season I am filled with thoughts of Jesus coming to earth as a human baby in order to be with us as Immanuel, “God with us.” The reason for this is that many of our friends are Muslims and they do not believe in Jesus’ deity. Mina Nevisa writes in her book, Miracle of Miracles, that before she became a Christian she found herself wishing that her Muslim religion was more of a “two-way relationship” with a God who could answer her prayers.

Please pray that our Muslim friends will begin to seek this two-way relationship with the God who can answer their prayers and who came as Immanuel.

This year we delivered Christmas gifts to our friends from Africa. We gave very large bags of rice and African tea along with small toys for the children. Also we gave each group a printed copy of the Christmas story from Matthew and Luke in 5 different languages; English, French, Spanish, Wolof, and Sereer. Please pray along with us from Isaiah 55:11 "It is the same with my word. I send it out, and it always produces fruit. It will accomplish all I want it to, and it will prosper everywhere I send it." Please pray that our friends might begin to take steps toward understanding about a personal relationship with God.