We are continually amazed at how God is leading us to meet those in need around us here in southern . Over the past few months we have met many West Africans from and The Gambia and in short order have become friends. Each time we visit taking only a small bag of vegetables, they invite us in, offer us African tea, cook a meal, buy juice or water and won’t let us leave until we have partaken of all they offer. One day while at the home of some of our Gambian friends, Tiffne was helping cook a traditional African meal when Dabou shared this piece of African philosophy about why Africans eat together all out of one very large plate. He explained that “when everyone eats together we are all the same. If a man with money is eating with a man who has no money and they eat from the same bowl, no one knows which man has the money. We all share together and then we are the same.” 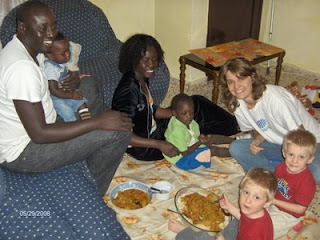 We have a lot to learn from our African friends. In fact, Dabou has been very instrumental in my understanding of why so many sub-Saharan Africans are making the dangerous trip from their country to by sharing his story with us.

Dabou is from a small fishing village in The Gambia. His father was a fisherman and all the boys in his family fished to support the family. Dabou is the second born son in his family and when his father died his oldest brother was obligated to provide for the entire family as is the culture in . Over the years the ocean around the The Gambia has suffered a decline in fish production due to over-fishing, and Dabou’s family was barely scrapping by, going hungry more days than not each month. As head of his late father’s family, about twenty-five mouths to feed, Dabou’s oldest brother told Dabou that he would have to make the journey to , find work and send money back to his family so that they could survive.

The journey for Dabou began in 2004. He left The Gambia heading north-east through to . Over the next few months Dabou traveled through to then turned west and crossed and the desert to enter . From he and twenty something other sub-Saharan Africans boarded a small boat powered by a Yamaha 25 horsepower outboard motor to make the trip to the , which is a Spanish providence and thus . Leaving the banks of under the cover of darkness at around the boat began the dangerous open water ocean crossing. At about 8 am the second day their boat made landfall on the . After about 33 hours on the boat Dabou and the others were met on the beaches by the Spanish police and taken directly to a refugee camp holding area. Dabou lived in this camp for about four months. During his time there he was able to obtain documents that allowed him to remain in . Dabou says that this time was very scary for him, “many are sent back to their own countries, but I was one of the lucky ones, I got my papers.”

Today finds Dabou living in southern and when he can find work, working in the greenhouses that cover the landscape around his town. He says, “[the] greenhouse work is very, very hard for little money.” However, in spite of his struggle to find steady work, he is still able to make enough money to live on and send some back to his brother in The Gambia so that his family can live. 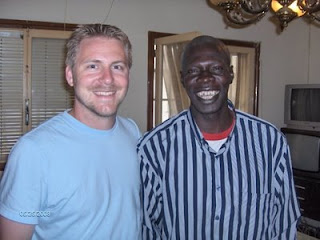 As we sit and talk with our friends, we are hearing their stories and discovering their needs. We are able to, in some instances either meet a critical need or help them to meet their needs themselves. One of the really neat conversations that have been developing is the conversation about what we do. It is exciting to tell these young men and families that we are here doing what we do because there are churches in the that care about them. On many occasions they have expressed their gratitude for what we do and have asked that we thank those churches with whom we work. 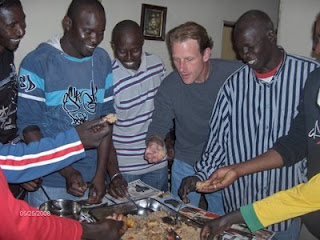 One team that has recently worked with us was the Cole family from First Baptist Church of Abilene, TX. Below is part of a longer email they sent to their supporters describing their experience:

“[As we] reach out to those who are the most neglected and marginalized people on the planet, let me explain who these people are and how they got to … The largest groups of people… come from . The people… are to the point that they are absolutely dependent on someone from their family clan (usually the best and brightest) to make it to an industrialized country alive. If you look on a map you will see that there are two ways to get from to the nearest industrialized country, . They can make the journey two ways. Both see what is approximated to be at least a 25% death rate for those who attempt the migration. They can attempt to travel over a thousand miles by sea hoping to reach the Spanish Canary Islands. Or they can go 2,500 miles overland through , which is the beginning of the , through to . If these folks who have spent their whole lives never much more than a few miles from home in a rainy equatorial climate make it through 2,000 miles of desert they bump into . In they are considered a pariah to Moorish society and can essentially be killed for going over or under the fences. If they make it to the coast of they still have to figure out how to get across 100 miles of the . Oddly enough, due to the vessels we would not even call boats; it seems to be the last 100 miles that sees the most fatalities. Thousands attempt this journey every year. While many make it, many either perish due to dehydration, exposure, or drowning, or they are forced to turn around and attempt to make it back home. Once in Spanish territorial waters, or upon reaching the Spanish shore they are taken by the authorities to a holding camp to be processed, tested for diseases, given acute medical attention, and questioned about who they are and where they come from. They are typically held for up to three months and then literally turned loose to find their own way into Spanish society. They usually gravitate to their countrymen in public housing blocks where they are embraced by the group with a bond that we can probably never truly understand. They are released by the authorities stuck between the proverbial rock and a hard place. They can't work because they have no papers, but they can't get papers because they can't prove that they have the possibility to work. The small percentage who have gotten papers and work literally support a 3 to 4 room household with up to 15 or 20 people. Once here long enough many get jobs working in the massive vegetable industry where they can earn money to simply survive while sending the majority of the coveted euros they earn back home where it literally provides opportunity for their cherished family members to survive another month.

Their stories of unbelievably difficult journeys, struggles to navigate in and amalgamate into a completely foreign culture, and the sacrifices they make to make their family's lives better are inspiring. But it is something else that will strike deeply and profoundly. Joy prevails! Though they have been through horrific experiences, have very little, and have no real promise of a different future, they are the most joyful people we have ever seen. When you meet them the first thing you will notice is a smile that never seems to loose its beam. They embrace and invite you right into their living rooms where ten more will pour the same warmth all over you.” 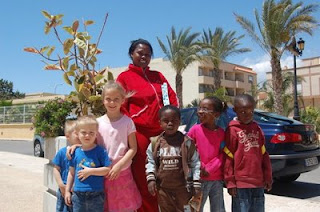 Each summer refugee children come to to visit for about 2 months. These children were born and raised in a refugee camp in the . They live in tents and do not have running water. All of there basic needs are brought in to these camps to them. They attend school in these camps. Their lives are difficult. During their time here in we want to work together with others to provide a window of joy in their lives. This summer we are planning to have an art camp for these children, and we are looking forward to seeing them smile.

We are also planning a with a church here in southern . These two activities are the kinds of mini-projects that you support through your prayers and giving to the Migration Crisis and Relief Project. Thank you for your ministry to these precious people from .

To support the work of CBF field personnel around the world; you can give to the Offering for Global Missions at: Cooperative Baptist Fellowship, , . Also, if you would like to give directly to our project, please send donations to the above address and be certain to include this project’s account number in the memo line. (project # 89832) 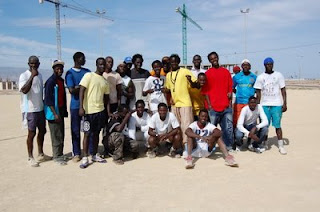 Thank you so much for praying for our ministry here. God is really answering your prayers and we are having lots of opportunities to reach out.

Thank you for praying for our family. Our kids seem to be doing great and adjusting well. The boys are growing and are as wild as three year old boys can be. Megan has had a great kindergarten year, her Spanish is good, she learned to read in English at home, and she will have a dance recital with a ballet dance in a tutu and a flamenco dance as well!

Thank you for keeping up with us, and for praying for us.

You can continue to e-mail us at twhitley@thefellowship.info .