(Read from the bottom up, if you want sequential order. The newest posts are always at the top.)

Over the past few months our family has been busy serving those immigrants here in for whom we are called. Your prayers and support continue to allow us to meet the physical and spiritual needs of those around us. Since our last update we have continued to meet more people, hear more stories, and see once again how our presence is of great need. For example, we have participated in a United Nations human rights conference in , in which we learned of many needs of marginalized people. In one session, a woman from said, “What can mothers do about their children dying on clandestine boats headed for .” We have also visited the ministry site of a co-worker, shared our ministry and vision with CBF constituents, and continued to work to develop ties with local NGOs. There is much more we would like to share and even more to be accomplished but for now, we would like to highlight three stories… 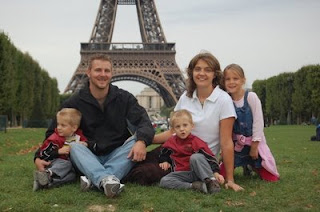 Our family in during the UN conference.

We have known Demba for about 5 months. He is always smiling, laughing, and joking. When we met him, he was also dancing. Today he told me (Tiffne) part of his story. He came to two years ago from . He said that his parents are elderly and that they had not had work in for many years. He has a sister with children. He has a wife, and a four year old son. When he left his wife was pregnant with their second child, so now he also has a one year and 4 month old baby whom he has never seen. He came to to find work so that he could send money home to provide for his extended family because there was no work in . As Demba told me about his family back home and his baby boy that he had never seen, for the first time in the five months that I have known him the smile disappeared from his face and the light went out of his eyes. Demba was sad, and I felt a tiny bit of the suffering of these precious people.

Demba took our children to the store and with his hard earned money bought each of them a bag of cookies. It was hard for me to let him do it, but he insisted. Now I wonder if maybe he was buying my children a bag of cookies, because he couldn’t do so with his own children who live in . 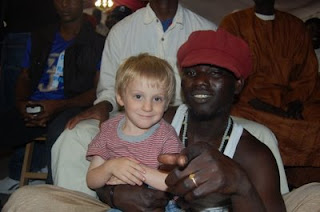 Here is Cade sitting with Demba the first time we met him.

This past month proved to be a difficult month for our friends living in “200 viviendas”. What started as a small fight being broken up by a friend; ended up in a full-scale riot that lasted for a couple nights complete with riot police, helicopter support, burning dumpsters and apartments, flying bottles and rocks, and many disrupted lives including one Senegalese man being fatally stabbed. A few days after the incident, we had the opportunity to visit the area where there still was a strong police presence and a feeling of uncertainty even though much had returned to normal. Since then we have had numerous opportunities to minister in this area where we already knew various families and young men, including a Nigerian Independence Day party, and delivering vegetables to our friends who live in an apartment above one that was burned. 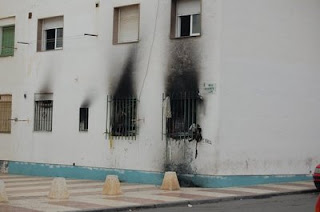 This is one of the apartment units that was set ablaze during the rioting.

One of our newest contacts in the area is a family with a newborn premature baby. Fortunately the baby was still in the hospital at the time of the incident but the father said he was still concerned to bring his baby home even a week after. The place where this family is staying it a mere 30 yards from one of the burned out apartment buildings. Tiffne has sent previous prayer updates about this family and their new baby and we are thankful for all the prayers. Many churches and individuals have come together to provide formula, clothing, and blankets for the new baby and we were able to provide them with one of our boys pack-n-plays as a crib. 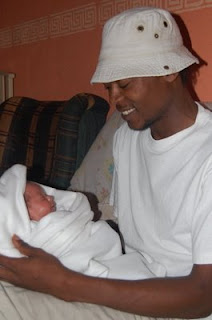 Proud father, Check from , holding his daughter (Margarita) at home just a week after the riots.

FBC Roquetas de Mar is a Nigerian church near where we live. In August we had a VBS for the children of their church. Our VBS “team” was made up of wonderful volunteers from two Mennonite churches from the , missionary volunteers from various Baptist backgrounds, another volunteer from a Methodist background, and volunteers from our . Along with our friends from Nigerian, we had many different cultures working together, and we had a wonderful time and a great VBS. One highlight of the first day was the Mennonite song, “Apple Red Happiness” that the children learned in music class.

When you give Christ your life!”

Then we served red apples and popcorn for snack along with lemonade! What fun! 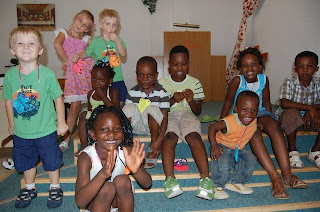 Here is one VBS class at the in Roquetas de Mar. 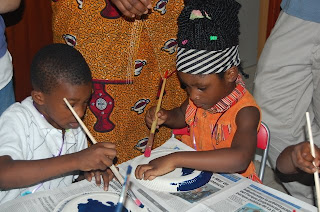 Thank you for your continued support and prayer for our family, ministries, and for those whom we serve.

Please continue to pray for Megan’s new teacher. For the first week of school she didn’t have a teacher and things became disorganized. Now she has a teacher. He is right out of Institute (college.) Megan says he is nice.

Please continue to pray diligently for our Muslim friends here, that they would become more and more open to a personal relationship with Christ.